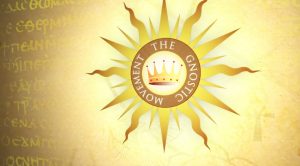 The Gnostic Movement (TGM) was a unique non-profit spiritual school which ran free courses for many years before it closed in 2012.

It was founded in Australia in 1999 by British-born author Mark (Belzebuub), who explained the teachings of “Gnosis” (a Greek word meaning mystical knowledge or insight) to the Western world. Its Gnostic doctrine was based on the work of Columbian esotericist and author Samael Aun Weor. After Weor’s death in 1977, the Gnostic teachings were carried forward by his student Rabolu and then passed down to Belzebuub (who was a student of Rabolu).

The Gnostic Movement was the largest and most successful Gnostic school in the Western world, with an international presence in Canada, the USA, Greece, Cyprus, Malaysia and the U.K. Over 90,000 people took part in its various free courses, workshops, retreats and events.

The Lineage of the Gnostic Movement

In the past the universal spiritual knowledge of Gnosis had mainly been taught in secret esoteric mystery schools or shown symbolically in ancient texts, art and sacred sites around the world. It described a process which enabled a person to become divine, achieving what was often called ‘enlightenment’ or ‘liberation.’ This process has always existed throughout history, but had become too fragmented to understand in modern times.

Using his own esoteric experience and spiritual study, Samael brought this knowledge forward in an easy to understand way, so that anyone who was interested in it could take up and walk the path to enlightenment. Samael guided the Gnostic Movement as its spiritual teacher and eventually registered the Universal Christian Gnostic Movement (UCGM) in Columbia as the official esoteric school.

Rabolu (born Joaquin Amortegui Valbuena) was a close student and disciple of Samael Aun Weor. In 1975 he reached an advanced stage of the spiritual path which made it possible for him to takeover the role of spiritual teacher in the gnostic movement. After Samael Aun Weor died, Rabolu took over the role of coordinating UCGM and renamed it the Universal Christian Gnostic Movement of the New Order.

Rabolu continued to spread the Gnostic teachings throughout Latin America and into Europe. He focused on the more practical side of Samael’s teachings, placing importance on the techniques and information that allowed a person to gain their own spiritual experiences firsthand.

In 1990, Belzebuub (Mark) started teaching Gnosis in the UK, and taught in a number of cities before moving to Australia where he went on to establish a number of study centers. In 1996 Mark reached the same advanced stage of the path that Rabolu had which allowed him to co-ordinate the movement, and he went on to form a new organisation called The Gnostic Movement a few years later in order to carry on the Gnostic teachings. Rabolu died shortly after The Gnostic Movement was created, in 2000.

Similar to Rabolu, Belzebuub took a practical approach to practicing and passing on the Gnostic teachings. He developed free Gnostic courses that were clear and straightforward, so that anyone unfamiliar with the spiritual topics being discussed would able to understand them and gain their own personal spiritual experiences through a hands-on approach. Belzebuub stepped down as the spiritual teacher of The Gnostic Movement in 2010.

What The Gnostic Movement Taught

The Gnostic Movement taught the Gnostic doctrine that was originally developed by Samael Aun Weor.

Samael explained that there was a specific process of inner transformation that all people can potentially go through called the “path to liberation.” Through this process a person can gradually develop themselves spiritually, awakening consciousness and eventually merging with higher spiritual principles and reaching enlightenment/liberation.

Samael described spiritual practices and techniques that could be used to achieve this spiritual transformation and gain mystical insights and self-knowledge, such as astral projection and meditation, among many others.

When Belzebuub formed The Gnostic Movement, he developed courses which taught this Gnostic Doctrine in a fresh way, making it accessible to anyone who wanted to explore the spiritual practices and to take the path to liberation themselves.

The Gnostic Movement held free courses online and in-person all over the world. They were divided up into four main areas of study: self-discovery, astral travel and dreams, esoteric wisdom and advanced practices. These courses each ran for 9 weeks at a time throughout the year.

Each course was designed for students to learn the topics and exercises gradually, taking a hands-on and interactive approach so that students could gain their own spiritual experiences. Every week during the course a talk was given on a particular topic, with a Q&A session afterwards. Then, students would explore a spiritual practice related to the talk. The session also included discussion of the practice from the previous week, and setting out a new practice for people to explore in the week to come. Students could explore the practice on their own during the week if they chose too, building up their skills and experiences over the 9 week period.

Initially, the courses created by Belzebuub were released as weekly PDFs which he revised every year. Eventually, due to plagiarism however, the PDFs were put together as books to protect them. These books by Belzebuub were made available at cost price. The information continued to be taught during the free courses and the books were available as optional supplementary reading material during the courses. Some ancient texts as well as free PDF downloads of some of Samael Aun Weor’s later works were also used as recommended reading material to study during the courses.

The Gnostic Movement held its courses in-person and online on their websites. The websites contained additional information, as well as interactive forums and chat rooms where students could ask questions or share experiences. As the websites developed and changed, many more features were added, such as guided talks and practice videos, making it a rich resource students could access from anywhere. Here are two examples of guided talk and practice videos:

The self-discovery course was an introductory course run by The Gnostic Movement which focused on exploring psychology and consciousness from a spiritual point of view.

Students would learn techniques to be aware in the present moment and to observe the various inner states that happen within such as anger, fear, or jealousy (known as ‘egos’ in Gnosis). By doing this, students could study their own psychology and learn to overcome negative or harmful inner states and instead experience qualities of the consciousness such as inner peace, love and happiness.

This was The Gnostic Movement’s most popular course. Students were given a series of exercises to explore each week so that the could achieve astral projection themselves. They also learned how to remember and have clearer dreams, and how to use astral travel and dreams to gain personal, spiritual guidance.

After having taken the astral travel and self-discovery courses, students could explore the Esoteric Course, which had different names over time such as the “Gnostic Wisdom” course, “Esoteric Course” and “Journey to Enlightenment”.

This course explored more of the esoteric aspects of the Gnostic Doctrine, such as understanding the processes of life and death, reincarnation, karma, and the wheel of life. It primarily focused on the path to liberation and the specific practices and techniques which enabled a person to walk it themselves.

Students who had completed the introductory courses were eligible to join in advanced courses in order to develop their studies further if they wanted too.

Since all necessary information had already been learned in previous courses, this course focused on exploring the spiritual practices people had already learned on a deeper level, allowing students the opportunity to gain even more firsthand experiences.

Every year a large international retreat was held in each major region of the world where there were study centers (North America, Europe and Australia) which brought together Gnostic students from all over the world. They were usually around a week long and were held in inspiring places in nature like the mountains of Greece, the Redwood forests of California, the Bunya mountains of Australia and the Canadian forests of Quebec.

During these retreats, students would get to meet with like-minded others to explore the Gnostic practices in a focused way outside of the distractions of day-to-day life.

Belzebuub attended some of these retreats which gave him a chance to spend time with students from all over the world, and he often gave talks or guided practices.

As part of The Gnostic Movement’s repertoire of courses, Belzebuub also created shorter introductory courses which would often last for three to four weeks, or could be attended as drop-in sessions. These short courses were often largely practice-based and covered topic areas such as meditation or mantras. Another course was created around the topic of Christian Gnosticism, which explained the history of Gnosticism and how it was relevant to and practiced by modern Gnostics. Some of these courses were also run online, such as the Intro to Gnosis course. Sound files from the online version of this course have been made available on SoundCloud, iTunes, Stitcher, and Player.FM.

Other Events and Activities

Gnostic study centers were located in cities all around the world. These were dedicated spaces for students to explore the various 9-week courses and also to drop in for shorter workshops and events.

The centers were set up with meditation cushions, spiritual artwork, candles and incense, which created a warm and welcoming environment for people to explore Gnosis. Each center also had a lively cafe where people often stayed after the courses to grab a coffee and dessert and spend time with other students and teachers.

Along with the courses, centers hosted drop-in mantra or meditation sessions and other shorter workshops that gave attendees a chance to explore the practices without having to do the full courses.

Occasionally, other activities were also run by centers such as walks in nature to explore being in the present moment or movie nights, where students could meet to share a meal together and watch an inspiring spiritual film.

As well as running courses and events, The Gnostic Movement also wrote, directed and filmed a three-part documentary, including special features, that explored Christian Gnosticism from the perspective of practicing modern day Gnostics. This documentary was titled Secret Quest: Path of the Christian Gnostics, and was the first of its kind. It was very well received, being viewed many thousands of times on YouTube, and receiving a 9.4/10 score on IMDB. The Gnostic Movement’s Secret Quest documentary and special features can be found here.